Three years ago I took up competitive power lifting.  An acquaintance at my local gym noted one day “Hey, you’re strong for an old guy!  You should compete!”  And so it began.  I spent a year working with several different trainers to prepare me for competition, and to coach me through my first event, but none could follow through.  It was then that I met the woman who is now my coach, Linda Jo, or simply, “LJ”.  She is a New Yorker, so we clicked immediately!  She also happens to hold 15 American weightlifting records, so I figured she knew what she was doing.  Less than three months later I competed for the first time, and set a Maryland state record!  Since then I have competed three times, improving my performances each time.  Thanks to LJ’s coaching I currently hold three Maryland state records in the 55-59 age bracket, 83kg weight class.

While I enjoy competing, I have found coaching to be even more rewarding.

LJ also coached the Maryland Special Olympics power lifting team.  She invited me to join her for the 2015 season.  She said “you’ll enjoy it”.  She baited me.  I LOVED it!  The athletes get into your heart in ways that is hard to describe.  They take such joy in training and competing, and the friendships they have with their team mates, and with their coaches.  After one of our early training sessions that season I was congratulating the athletes for their hard work that day when Eli (then 24), who has Down’s Syndrome, came up to me with a big smile and said “I like you!”  I was hooked.  If that wasn’t rewarding enough, the families of the athletes could not be more grateful for us giving our time to the Special Olympics program.  They asked me repeatedly:  “You’ll be back next year, right?”  And I was.  And so was my wife, Debbie.  She attends the practices to record training results, and she attends the competitions to organize the athletes for their turn to lift. 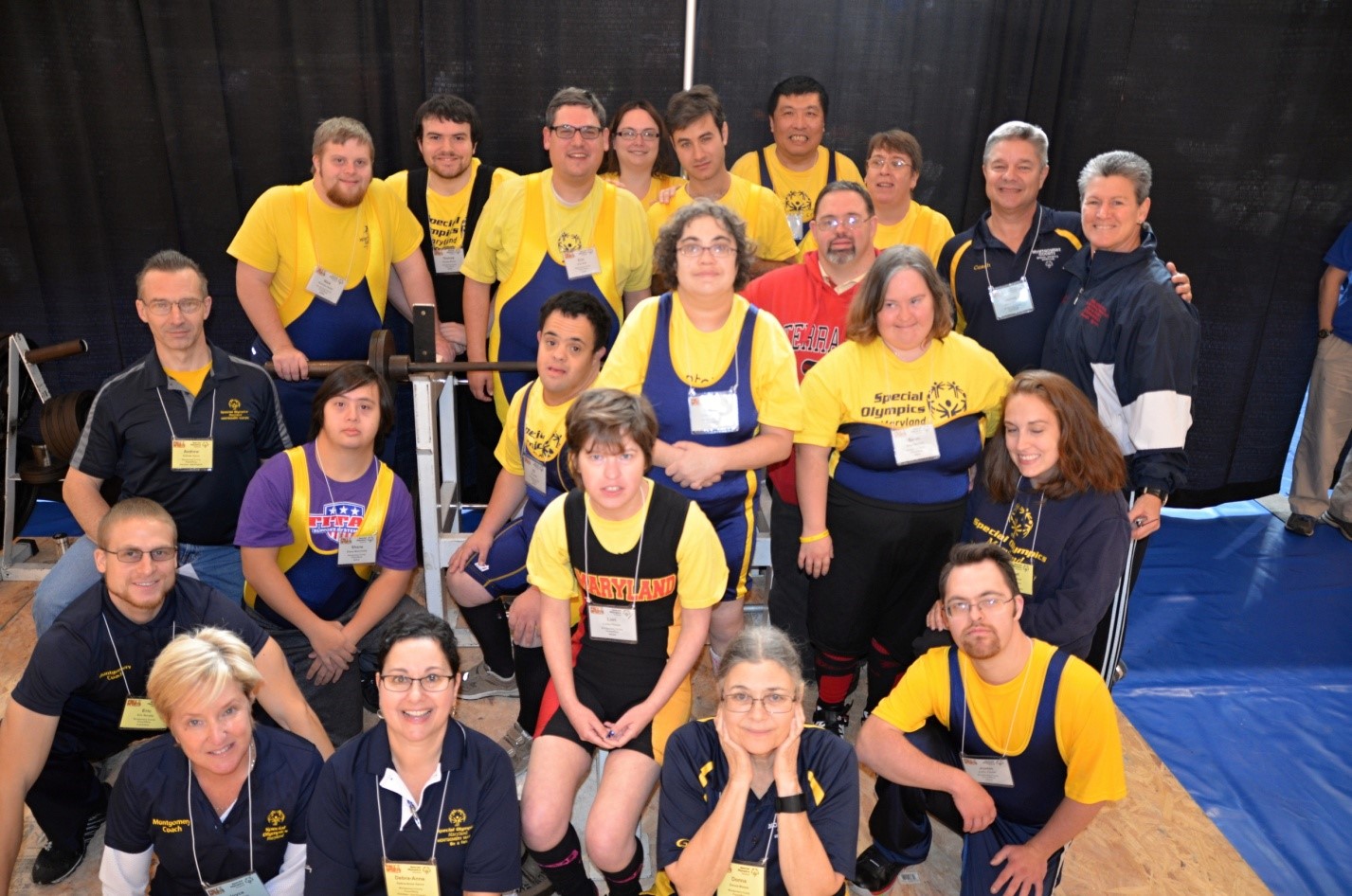 In the spring of 2016 I earned my Power Lifting coaching certification from USAPL (USA Powerlifting), the organization in which I compete.

LJ owns her own gym/training center in Rockville, MD.  She is an officer with the Public Health Service, currently posted to Bethesda Naval/Walter Reed Hospital.  In early 2016 she was training wounded soldiers in program called “WARP”, Warrior Adaptive Rehabilitative Program, there on base.  When their makeshift gym closed, she arranged to have the WARP soldiers train at her gym.  She invited me to help work with our soldiers.  The soldiers enjoyed training in a “real gym”, and appreciated learning from coaches who knew their stuff.  After about three months of these training sessions LJ learned that when our soldiers were in their regular counseling sessions at Reed they excitedly talked about their training with us!  Now I train the WARP soldiers as often as my work schedule allows.

LJ has connections everywhere, including with the US Paralympic weightlifting team.  They contacted her in September of 2016 because they had openings in a Paralympic coaching clinic, and did she know of anyone interested?  Yes she did, and off I went to the US Paralympic training center in Oklahoma City.  Paralympic weight lifting is just the bench press.  I had never worked with an amputee before, or anyone paralyzed; that weekend I worked with six such athletes, three of whom I learned were wounded on the battlefields of the Middle East.  The instructors were fabulous.  The athletes enjoyed the coaching, and not being treated in any special way.  I earned my Paralympic coaching certificate that weekend. 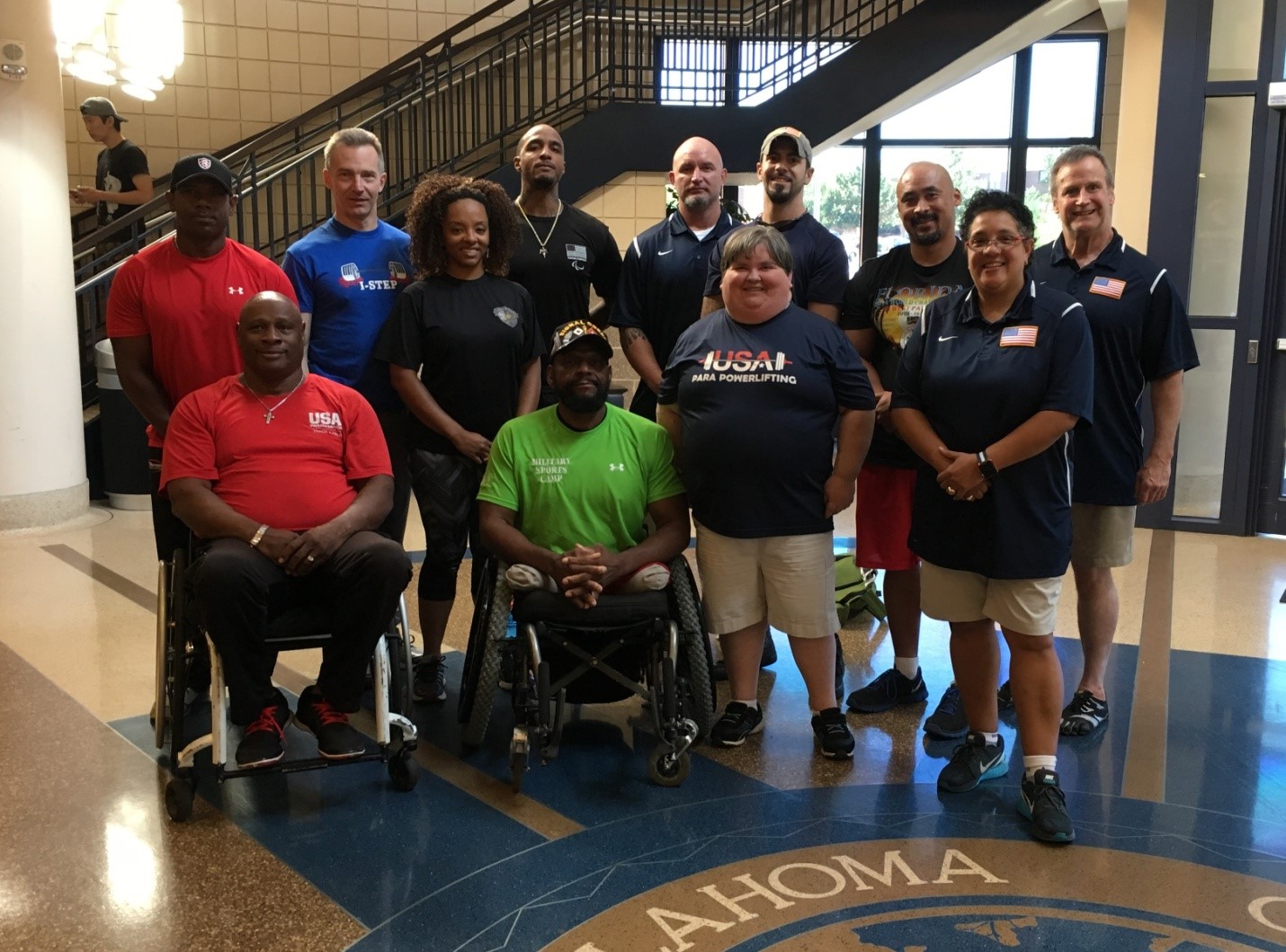 A final thought on coaching:

I competed in another power lifting event, the Terrapin Open, on February 25, 2017, held in the Ritchie Coliseum on the UMD campus in College Park.

Another great day on the platform! I owe my success to two people…

My coach, Linda Joe Belsito. She has taught me much more than power-lifting… she’s taught me the focus, patience, determination, and the physical and mental toughness needed to compete and succeed. We’ve become good friends, and we have a great deal of fun succeeding together!

My wife, Debbie, for tolerating my training schedule, my dietary restrictions in the weeks before competition, and for putting up with me in general. Thank you all for your interest and encouragement!